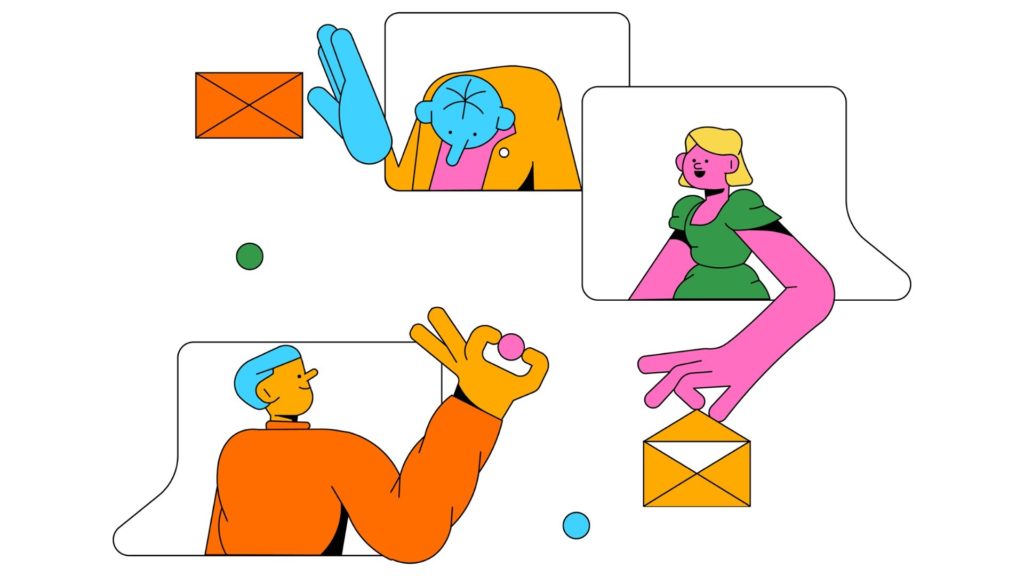 The science behind game-based learning

Whether it’s competitiveness, the desire to complete challenges, or simply the love of games, game-based learning is engaging for learners of all ages, and from all industries.

Interactive eLearning experiences which harbour the potential to enhance a student’s acquisition of applicable, real-world knowledge is conducive to better school performance, believe it or not.

After all, learning should never be a boring experience!

What is Game-Based Learning?

Game-based learning environments provide students with social, emotional, and cognitive experiences that are compelling, immersive, and beneficial to their learning as a result.

Within the context of eLearning, a gaming environment that has students interacting with digital games can continually enforce the player’s belief that they can do better and try again, flipping their failure into their motivation as a learning approach. They intermittently dole out small-scale rewards and only allow for deserved success, whilst constantly reinforcing the player’s belief in themselves and their ability to achieve more prizes, to solve the next puzzle, to overcome any obstacles, and to get back to completing learning objectives.

The concept behind game-based learning is to use the principles of repetition, practice, failure, and goal accomplishment. Most learning-based video games are built on this principle alone. Players start at the basic levels, practice, acquire skills and reach the highest levels, without really realizing the efforts that are going into it.

This structure is incredibly effective as a learning experience and in training & supporting players within the zone of proximal development by keeping them engaged and intrigued. Most importantly, games teach players that persistence in the face of failure will eventually lead to success and enjoyment. In so many words, games hold the potential to cultivate an optimistic and motivational learning style throughout a student’s educational path and beyond.

Decades of research in development and educational psychology suggest that learning methods and motivational styles characterised by persistence and continuous effortful engagement are key contributors to success and achievement.

How do you measure if game-based learning works? One of the best ways is by its engagement levels.

Vanderbilt University conducted a study involving over 1000 pupils on the merit of gamified learning, focusing on curriculum-based games for education. The research showed that pupils who used games to learn retained much more information in comparison to those who didn’t.

If games provide a means of creating this ‘effortful engagement’, students will experience greater success in their online studies. It’s not just game design that works towards a younger student market, as it’s estimated that almost one-third of the global population play mobile games.

While being open to playing a game does not necessarily translate to game-based learning being effective, it proves that people are receptive to game goals, dynamics, and mechanics, so placing these structures within a learning pathway helps students to stay motivated and engaged in their studies.

A central theme throughout most games, educational or not, is a strong element of problem-solving. It is this element that actually attracts people to dedicate time and effort to their cause. Solving problems, believe it or not, is why many games are so fun! And, of course, this is an excellent means of developing problem-solving skills, no rocket science there.

So when a subject is cast into the context of an educational game, subject-based problem solving is transformed into a fun, motivating, and pressure-free problem-solving activity. Subjects like math entail an inherent need for complex problem solving through memorization, intuition, and analysis. If blended with the addictive nature of a game, you’d be on to a real winner for the willing engagement of students with the reconfigured subject matter.

What’s the Science Behind Game-Based Learning?

Game-based learning is concerned with associating learning materials with “motivator chemicals” being released in the brain, through engaging activities.

Endorphins are neurotransmitters that are released in the brain when we get the feeling of satisfaction, success, or general achievement. That positive feeling you get after going for a run, or when you complete a task that has been looming over you, that’s an example of endorphins in action. Gamers get the same euphoric feeling of achievement when they complete computer games.

The bigger the challenge, the bigger the motivation, and the bigger the reward is when the final hurdle is reached. This is why gamers spend on average 6 hours a week playing video games, and it’s why 42% of Americans play video games regularly (at least 3 three times per week).

Along with endorphins, dopamine is a feel-good hormone that’s released in the prefrontal cortex when we feel pleasure. This could be as a result of many activities but in the context of gamers, a 2005 study found that the levels of dopamine doubled when gamers played video games.

This means that gameplay has the power to be chemically addictive, simply add in a little education & training and you’ve got yourself one happy learner!

Like dopamine, serotonin is a neurotransmitter that affects your mental health. It affects your mood, memory, sleep quality, libido, appetite, and perhaps most importantly, our ability to learn, so it’s important to get lots of it. Luckily, you guessed it, serotonin is released when gaming.

A study showed that children who played one hour of video games per day showed a boost in creativity, focus, and positive social behaviour, all things that are essential for our capacity to learn.

Cortisol is a stress hormone. Originally, it’s believed we developed it a long time ago as a way of helping us get out of dangerous situations, yet if we overproduce cortisol, then it can work against us, and even become a danger.

This is where the proposed psychology gets really interesting, as Dweck and Molden (2005) explain the means of cultivating a personal desire to maintain high levels of effort. They note that children develop a perception of their own intelligence, creating the foundation for their levels of motivation and directly impacting their achievement as a result.

Simple right? So the premise relies on the idea that how you view your own abilities and intellect affects how motivated you might be to learn. They explain how children who are praised for their traits (“You are so smart!”) develop a fixed view of their abilities and limits.

These children have a different form of self-belief, viewing intelligence as malleable and organic. Something which can be built upon through effort and time. Games provide the perfect infrastructure to nurture an incremental theory of intelligence, by scaffolding a young person’s learning with concrete, immediate and constant feedback on their efforts. As any teacher knows, this is crucial to boosting a student’s sense of self-worth and confidence, which can result in increased motivation and application.

Gaming may also be one of the most effective ways of imbibing happiness and positive feelings amongst the younger generation of today, by promoting relaxation, assuaging anxiety, and improving general mood. There is a great sense of pride to be found in succeeding after failure within a gaming environment.

Games elicit a sense of control over personal outcomes and success, whilst disassociating from real-world pressures. This has been linked to increased commitment and achievement in high school (Csikszentmihalyi, Rathunde & Whalen, 1993). Granic, Lobel, and Engels (2014) note the important part games play in training players to deal with anxiety and frustration through reappraisal and other more adaptive methods.

Further, with the built-in competitive, cooperative, and generally socially enriched nature of games, game-based learning can serve to bolster constructive student interaction. Which in turn boosts confidence, motivation and, you guessed it, academic performance.

Here is an extract that I found especially compelling in really driving home the psychological case for game-based learning:

“…games can involve…competitive and cooperative objectives, players immerse themselves in pretend worlds that are safe contexts in which negative emotions can be worked out, and games allow a sense of control with just enough unpredictability to feel deep satisfaction and intense pride when formidable goals are finally reached.

socially interactive in a way never before afforded…players are gaming online, with friends, family, and complete strangers, crossing vast geographical distances and blurring not only cultural boundaries but also age and generation gaps, socioeconomic differences, and language barriers.” (Granic, I., Lobel, A. and Engels, R. 2014)

Gaming is fun but Learning can sometimes be a bit of a grind, so weaving the two together can elevate your online course material to provide an engaging experience. Gaming releases feel-good chemicals such as endorphins, dopamine, and serotonin, while also reducing cortisol levels which places you in the perfect headspace for learning.

When it comes to educating students on a topic of interest, the aim is to create an environment that is conducive to both receiving and retaining information properly.

If converting a lesson into a more playful, game-based form of education can help both increase and decrease the specific brain chemicals required for optimal learning, then it should go without saying that gamified learning will see a gradual rise in eLearning courses as past preconceptions are left to rest and more educational bodies embrace the validity of the learning method.

Increasing engagement levels will help in the fight against The Forgetting Curve, as well as serving as an enticing tool for behaviour change.

If you wish to make use of game-based learning, jump on over to Archy Learning where you can create your own online courses that can be filled with interactive, game-based tutorials for a more hands-on learning experience for all your students. 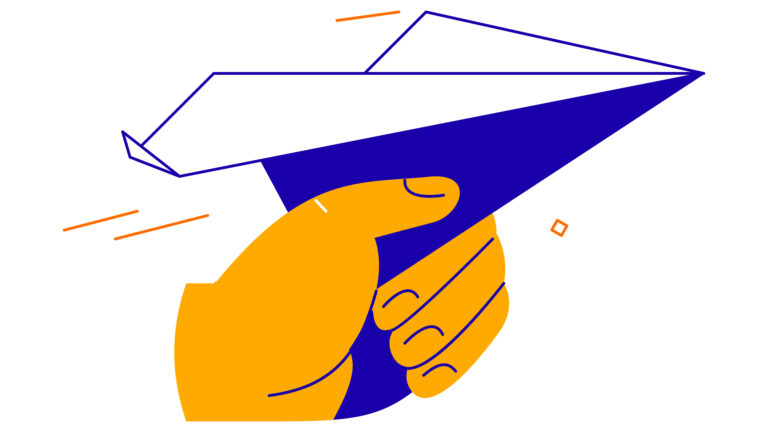 Do you want to promote your online course but don’t know how? You’re not alone! Marketing a course can be tricky, but with the right email 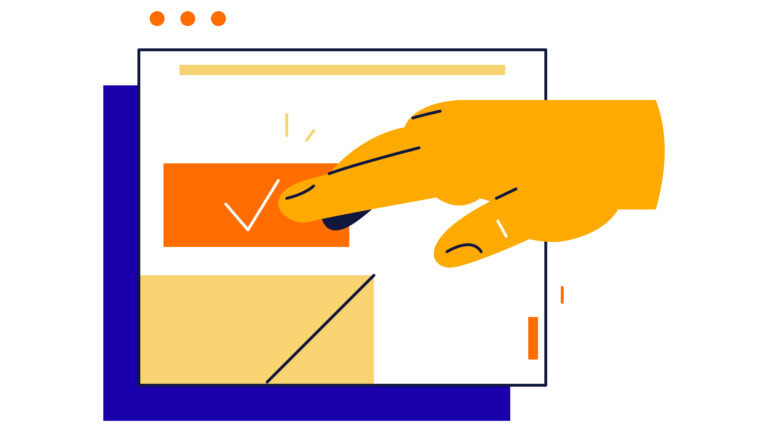 How to Create an Online Course: A Step-by-Step Guide

Do you have knowledge or skills that you would like to share with the world? If so, consider creating an online course! Successful online courses 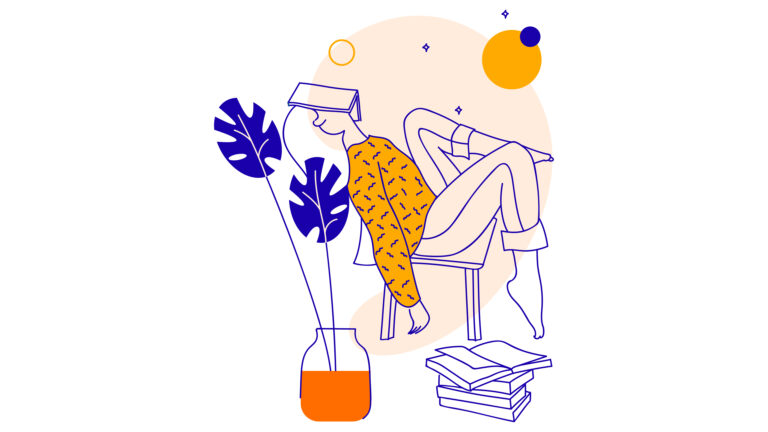 If you’re looking for a way to share your knowledge with the world, teaching online classes may be the perfect solution for you! It can